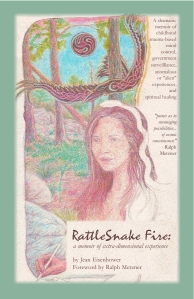 “Extra-dimensional” refers to the conjunction of our world with non-physical or other dimensional realms, including:

– those understood by many as “the spiritual realms” inhabited by God, angels, demons, ghosts, etc.,

– the realms from which beings called “aliens” and “ET’s” visit our physical realm in craft called UFO’s, and

– possibly the realms of “black budget” operators, who some say are more technologically advanced than they let most of us know.

Survival, for any living being, requires that its perceptions of its environment be clear.  In every culture until the present few hundred years, especially in highly “educated” cultures scorning “superstition,” humans have always been aware of and conversant with other realms.

I believe we in the “First World” need to regain some formerly inherent perceptions and wisdom that we’ve been trained not to acknowledge – or, if we have acknowledged them, we’ve often been met with ridicule, so that our opinions and information are often not heard.

We’re on the cusp of an opportunity beyond survival – to evolve and be welcomed into an extra-dimensional new world.

Some welcome and some fear a Brave New World.  Whether we become micro-chiped citizens or creative spirits of the “heavens,” I believe, is up to us.  But we can only make that choice in wisdom if we see clearly what our choices are.